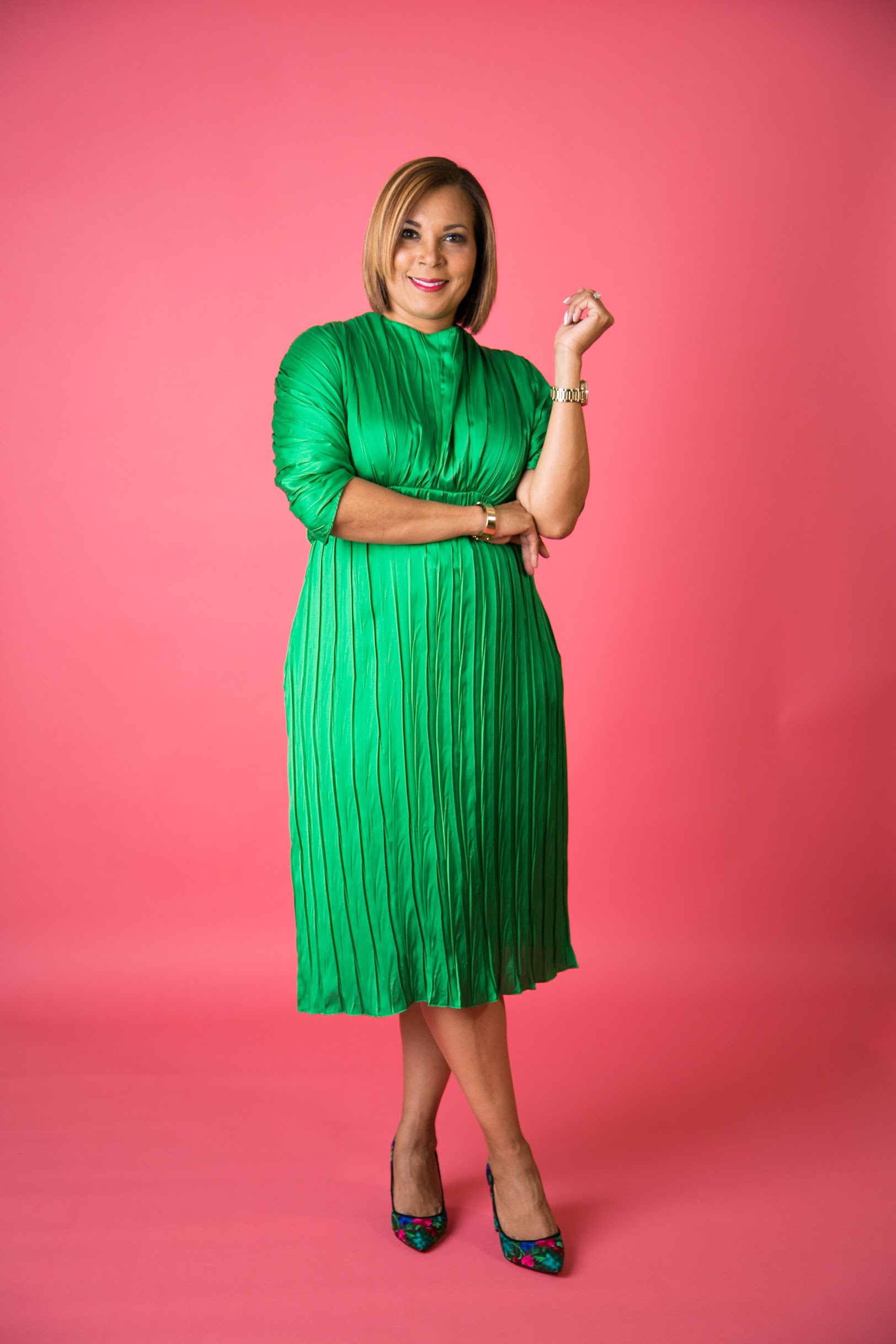 Co-Pastor Elena Robertson was born and raised in Stafford, Virginia and completed her primary education in the Stafford public school system. She continued her education at James Madison University (JMU) where she earned a Bachelor of Science degree in Computer Science. It was at JMU that her involvement in a campus ministry led her to meet and later marry her husband, Bishop Daniel Robertson, Jr. As a result of their union, they became the blessed parents of four children: Daniel III, Charity Joy, David Jeremiah, and Moriah Joyelle.

The couple’s calling from God led them to consecutive, pastoral assignments and subsequently to an assignment to pastor Mt. Gilead Full Gospel International Ministries, located in Richmond, Virginia. She faithfully supported her husband at Mt. Gilead.  The church had 25 members, but grew to more than 1,900 members in less than five years. It was at Mt. Gilead that Co-Pastor answered a call of her own: to give birth to a unique women’s ministry called, Women of the Word (WOW).

Under her direction, WOW became a dynamic ministry which provides nourishment, direction and support for the whole woman: spirit, soul, and body. Under the umbrella of Women of the Word she has developed multiple fellowship groups and support groups to minister to a variety of women of all ages. During WOW events, speakers have a unique way of starting a conversation which allows women to take off masks that hide their treasure within. Speaking of Treasure Within, Co-Pastor has spear headed and now oversees “Treasure Wythe Inn.” The vision of the Treasure Wythe Inn is to serve as an avenue through which women and their children can discover the depth of the Word of God and clarity of their identity in Christ through transitional homes, the future domestic violence shelter, and group home.

Co-Pastor Elena is a published author of a book entitled, The Mentor in You, which gives a Biblical perspective on mentoring relationships. Through the revelation of this book “MIY” was birthed by Co-Pastor Elena. The Mentor in You, affectionately known as “MIY” is a twelve month life-skills training program with coaching and spiritual truth impartations. You may also see her with a microphone in her hand and a song in her heart, because she is also a true worshipper. In 2008, she released her debut CD entitled, Amazing and spearheaded the release of Mt. Gilead Music Ministry’s first CD, Unrestrained Worship in December of 2015 and the first Mt. Gilead Ministry choir CD, entitled “Flow with the Spirit” in 2017. Her ministry also spans across nations, as she is heavily involved in international missions. She has ministered in Brazil, Costa Rica, Ghana, Kenya, Thailand, and Uganda. She also oversees the International Missions Ministry also known as “IMM” at Mt. Gilead.

Co-Pastor Elena Robertson is truly a 21st century example of a Proverbs 31 woman, especially in the lives of those she touches. Her worth is far more than rubies!